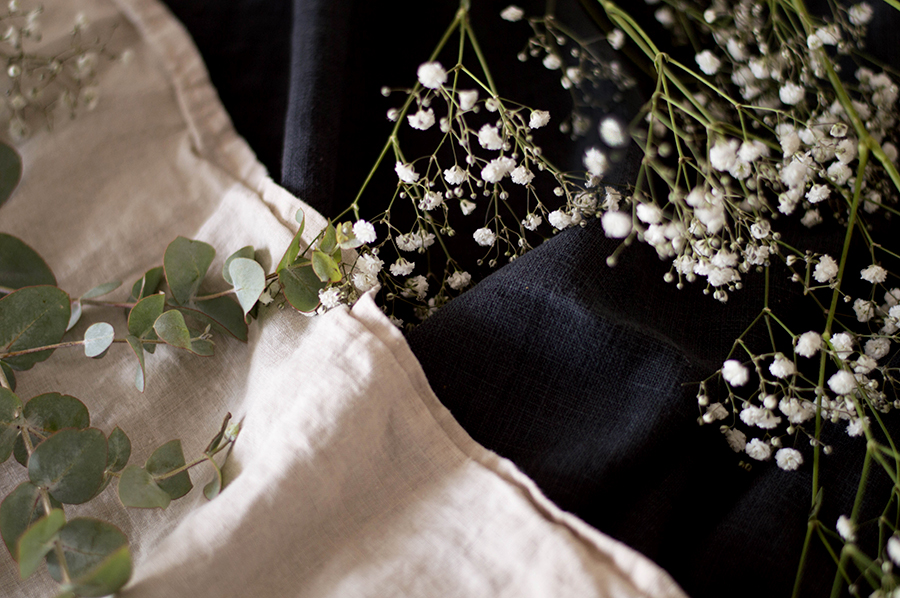 5 Ways to Keep Calm While Planning a Wedding

There aren’t many big events in life that are more stressful than planning a wedding. You have to write up guest lists, arrange menus, find a dress…etc etc. And amongst other things you have to spend a ton of money. A few of my friends are also planning weddings this year, and they’ve commented on how calm I’m remaining about the whole thing. So I thought I’d share my secret on how to keep calm while planning a wedding.

5 Ways to Keep Calm While Planning a Wedding

If you enjoyed my ‘5 ways to keep calm while planning a wedding’ check out the rest of my Wedding Series. 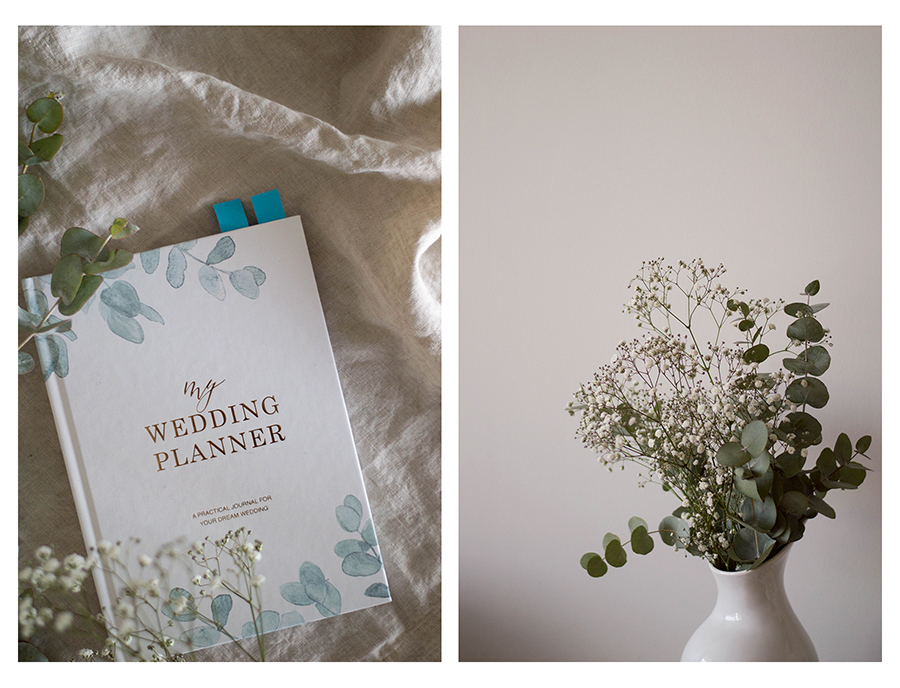 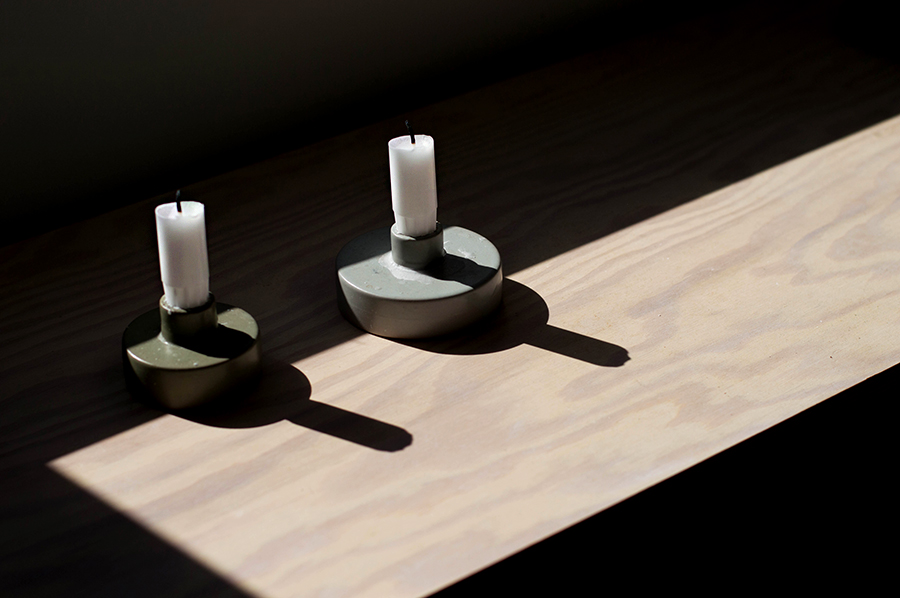 5 Tips for Slow Living in London

Last year I wrote an article discussing the art of slow living and whether it was possible to do whilst living in a busy city such as London. I talked about the difficulties involved, but also the importance of wellbeing. I simultaneously ran a poll on my Instagram, asking my followers whether they thought it was possible. Most people believed it wasn’t, and as optimistic as I am, I can understand why. So I decided to update my slow living series, and bring you all some tips for slow living in London, because I do honestly believe there is the possibility for us all to bring a little bit of calm and wellbeing to our everyday lives.

5 Tips for Slow Living in London

If you have any tips of your own, feel free to leave them in the comments.
If you enjoyed my tips for slow living in London, check out more of my wellbeing articles here.

Sexual harassment: How it has changed me

From a young age I’ve had ‘large breasts’; they were there, they were big and they got noticed. My high school years were plagued with comments about them, and how I should show them off more. This kind of attention was mainly from my peers, but it also came from older men. Men in a position of authority. Men who were preying on a young girl. At the time I didn’t think much of it, but looking back on it now, it was clearly sexual harassment. It’s even more infuriating when I think about how it has changed me as a person.

Sexual harassment has changed me

I rarely wear low cut or tight fitting tops, instead I cover up with oversized clothing. And when I do wear them, I feel uncomfortable and self-conscious. Friends, family and even random men have told me that I should ‘be happy that [I] have big breasts’. Because apparently having smaller breasts would make me somehow less satisfied with my life?

A few years ago I was openly groped in a public area. A man came up to me in the middle of the street, grabbed my breasts and squeezed them. When I shouted at him, he laughed in my face and walked off. The people around me who saw the incident did nothing. They said nothing. Last year I was sexually assaulted, again in a public place, but this time it was much worse. And again, no one helped me. Not even the authority figure I went to in my time of need. I felt helpless.

Where do we go from here?

I want some good to come from what has happened. I don’t want to change how I dress or act because of what has happened to me. I want to fight for what is right, and stand beside those who need our support.

There is so much more I could say on this topic alone, but maybe that is better left for another time and another place.
Please do feel free to share your personal stories and views on the topic in the comments though. I’ve been working with brands for over 6 years on my blog and social networks. I’m not a ‘big blogger’ but I’ve been gifted products, experiences and even holidays; all because of my content. Lately I’ve seen certain brands calling bloggers out for contacting them about potential collaborations. Not only is it unprofessional and just downright petty, it’s stupid. Blogger-brand partnerships can be rewarding for both the company and the content creator.

I don’t want to get started on the politics of small or big bloggers being paid, marketing strategies etc. Those are rants for another post. But I do want to give some advice for bloggers who want to work with brands, but maybe feel they can’t reach out to them.

Reaching out isn’t a bad thing!

Pitching has been a part of marketing for a long time. This is no different. Don’t be afraid to contact brands. After all, you don’t lose anything by contacting them and the worst thing that can happen is they say no. I’ve been turned down before, and it just inspired me to work harder and do better (“that’ll show ’em!”). That said, most of the time I get a positive response, and so can you!

I hope this has helped any budding bloggers, or the more seasoned ones who are maybe still unsure about how to reach out to brands. If you enjoyed my ‘How Bloggers Can Work with Brands – A Guide’, let me know if you like to see more posts, such as email templates etc. 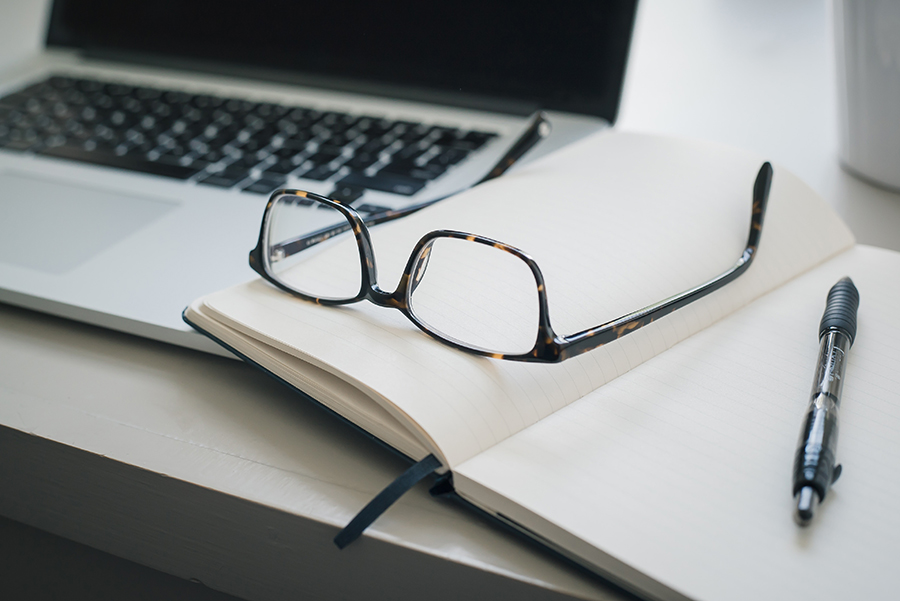 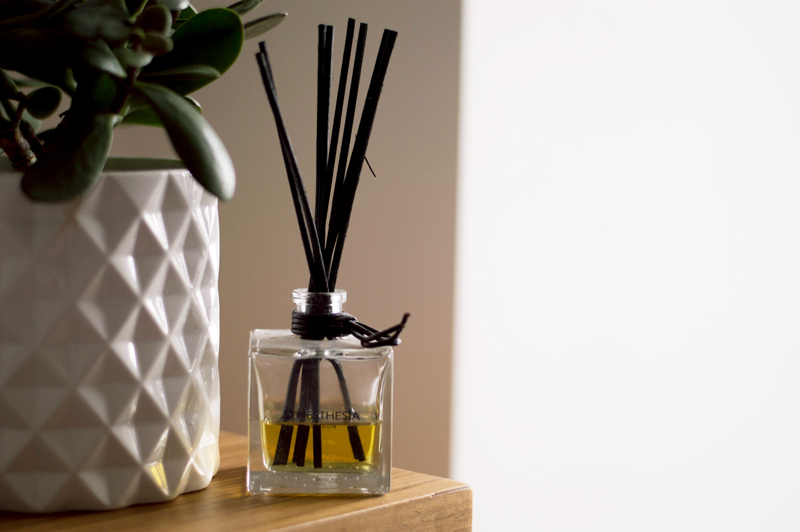 Slow Living: Is It Possible In London?

Several years ago I decided to up and change the way I looked at my approach to life. Basically I wasn’t happy. I decided that I was moving too fast, and I needed a break. That meant looking at the way I live, and the everyday things I do. A lifestyle and mentality rebrand, if you will. But let’s be honest, nothing is that straight forward. And is it even possible to incorporate slow living into a London lifestyle?

Over the past year I set out to try and find a way to bring the lifestyle concept of slow living into…well, my life. Our society is based on fast fashion, fast food, and even fast lifestyles. If you’re not living fast, then you’re not living at all. At least that’s what people say. I soon realised it wasn’t going to be easy, and the hardest part was figuring out what ‘slow living’ even meant to me.

You can follow my attempt at ‘slow living’ and read more of my help posts here. 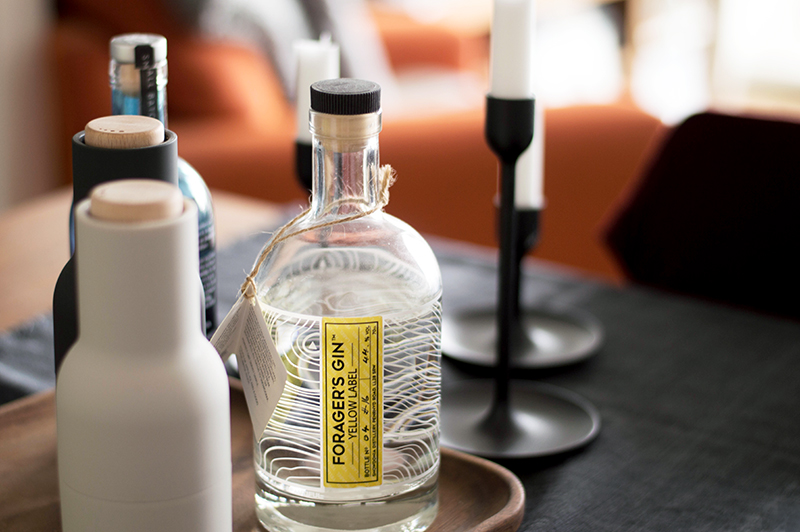 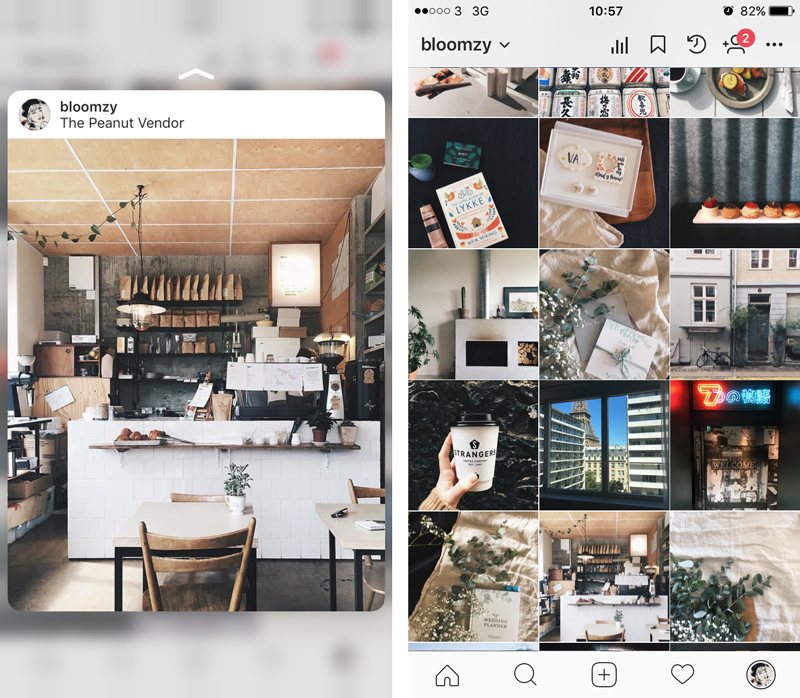 For a while now it seemed as though Instagram is imploding in on itself. Longtime and new users alike are tired of the new algorithm, bots, hacked accounts, and much more. We’re given pointless updates that no one asked for – a la Facebook – and to top it all off, Instagram don’t seem to be listening to any of it’s users complaints. Yet through it all, I’ve stayed true to Instagram, although it was pretty tough at times. And finally, I’m learning to love Instagram again.

I recently took a mini break from Instagram. The best way to describe how I felt is disillusioned. I decided that I was tired of creating promo posts, endless flatlays, and worrying about what my next upload would be. So I went away for a few days, I deleted a bunch of old photos that made me unhappy, and I came back with fresh ideas. Choosing my bridal party was surprisingly easy compared to deciding on my wedding guestlist. I was never going to have 10 bridesmaids, and an entourage of flower boys/girls following me down the aisle. Much like our actual wedding, I decided on something small. I wanted those closest to me to be a big part of my day, and more than just an invitee.

Obviously the first person I had to think about was my Maid of Honour (aka Head Bridesmaid). I didn’t really need to think too long about it either, because I knew exactly who would be my perfect Maid of Honour. My best friend and partner-in-crime, none other than Chopstickpanorama. It’s a tough job, and I know I personally would freak out if someone asked me to be their MOH. All the organising, the budgeting, the hen party…need I go on? But true to form, after a few tears and hugs, VA reacted exactly how I had hoped – she said yes!

Choosing my bridesmaids took slightly longer. Not because I was unsure of who to choose, but because I was unsure of how many to have. I’ve been to weddings where there are no bridesmaids at all, and others where there are enough to man a small ship. It’s safe to say I had no idea what the ideal number was. But after deliberating symmetry – coz what else would I consider? – and who I wanted to follow me down the aisle, I decided on three people:

‘Will you be my bridesmaid?’ Card by Jade Fisher*

This post is in collaboration with notonthehighstreet.com, however all views, photos and words are my own. 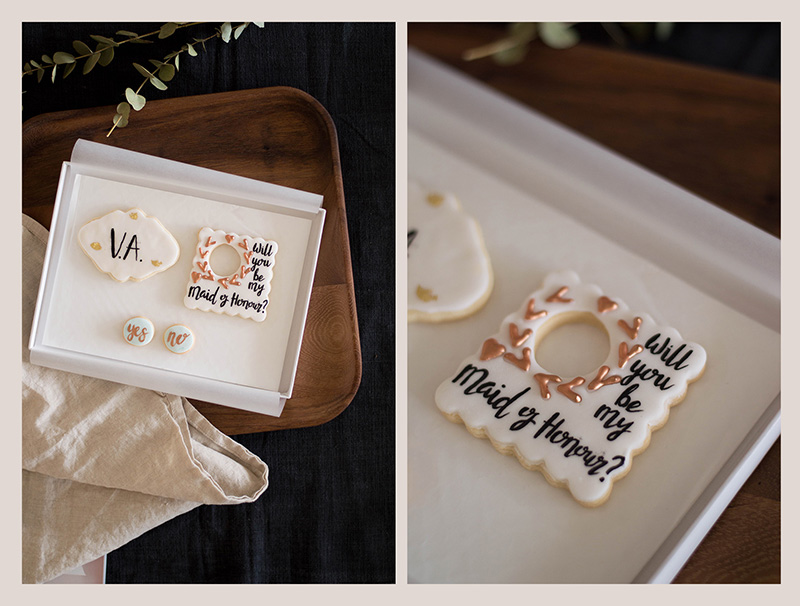 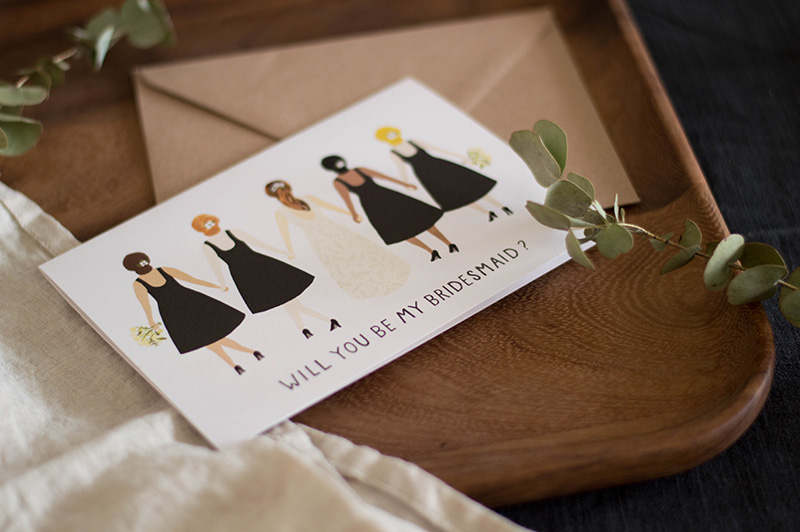 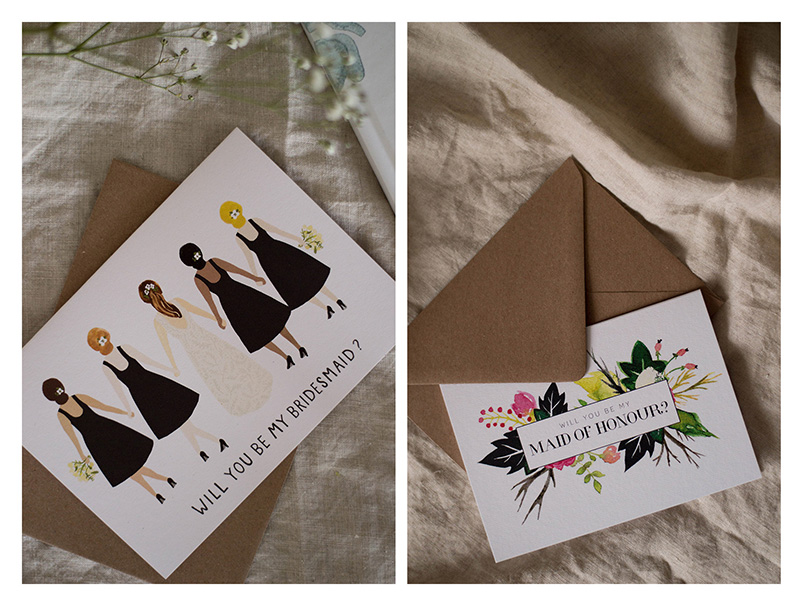 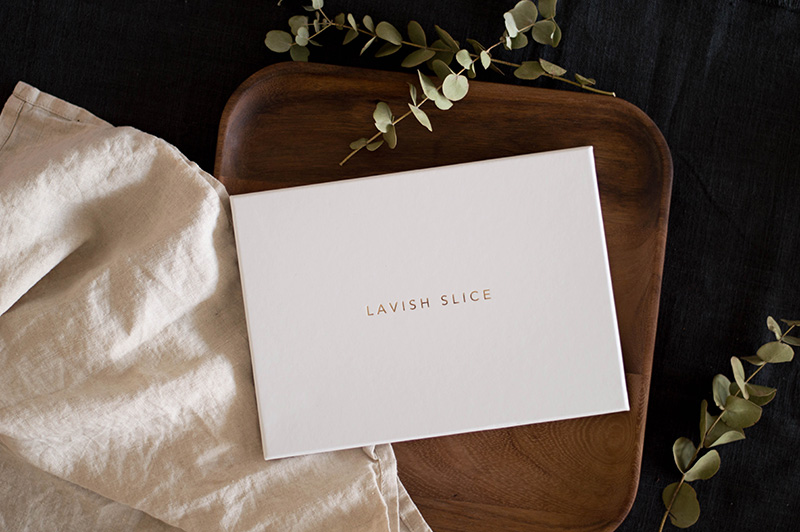 This week we tried our hand at recreating the @dft

I decided that a weekly takeaway from some of my f