This year saw the first Hyper Japan Christmas Market come to Kensington, Olympia. Compared to the Summer HJ event, this one was much smaller, but they still managed to fit in a whole lot of stuff to see and do. As for the Christmas aspect, I wasn’t quite sure what to expect. It turned out to not really be as festive as I had hoped, with only a few exhibitors bringing Christmas themed items (such as Roxie Sweetheart). Maybe because it was held in November it was a little difficult for people to come round to the idea. Still, the tree in the middle of the hall helped a bit.

Keep an eye on my Hyper Japan tag to see more on fashion & beauty at the HJ Christmas market. 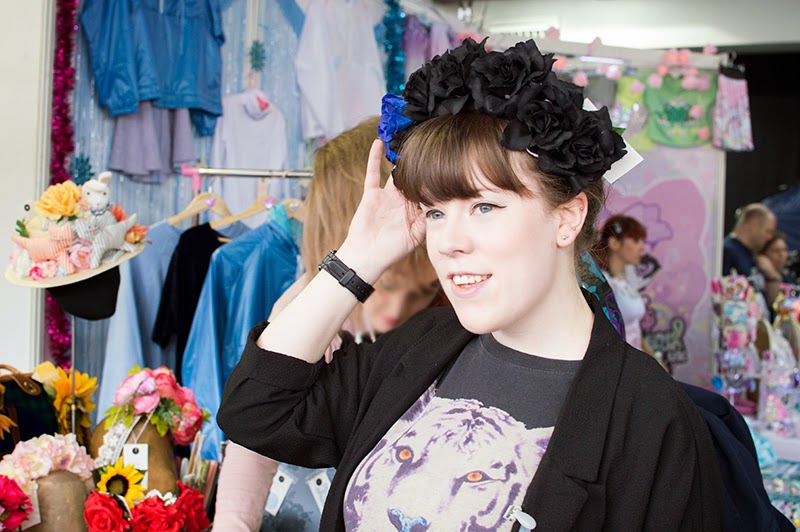 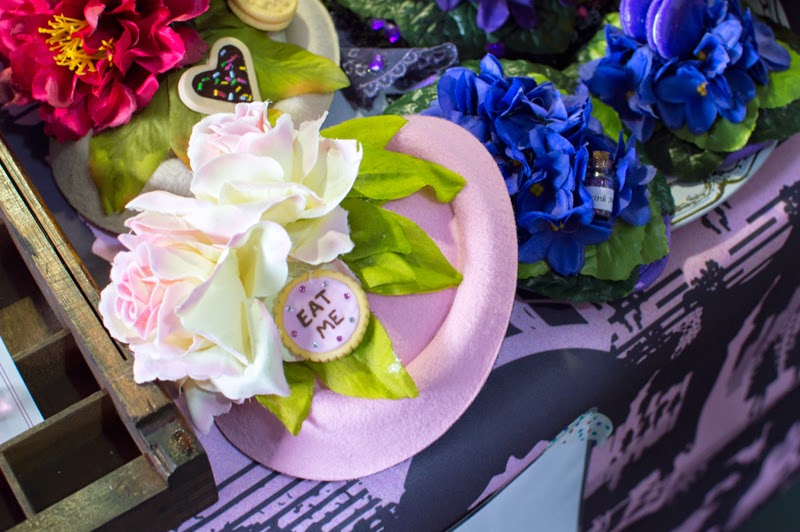 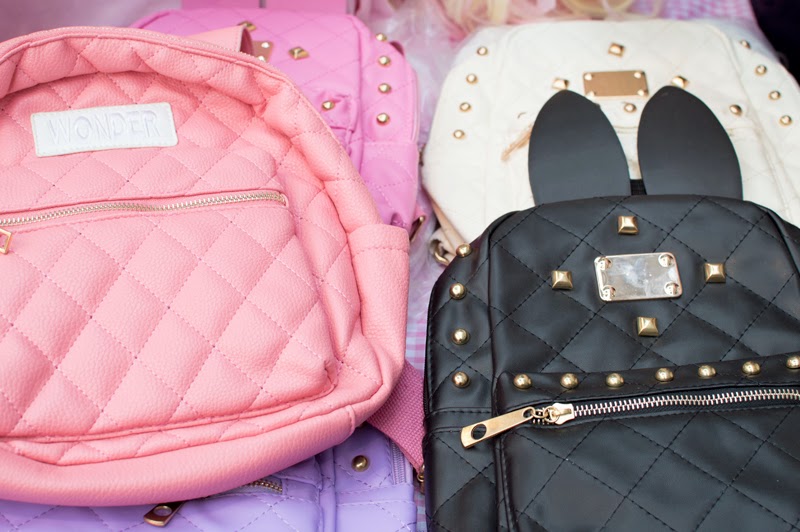 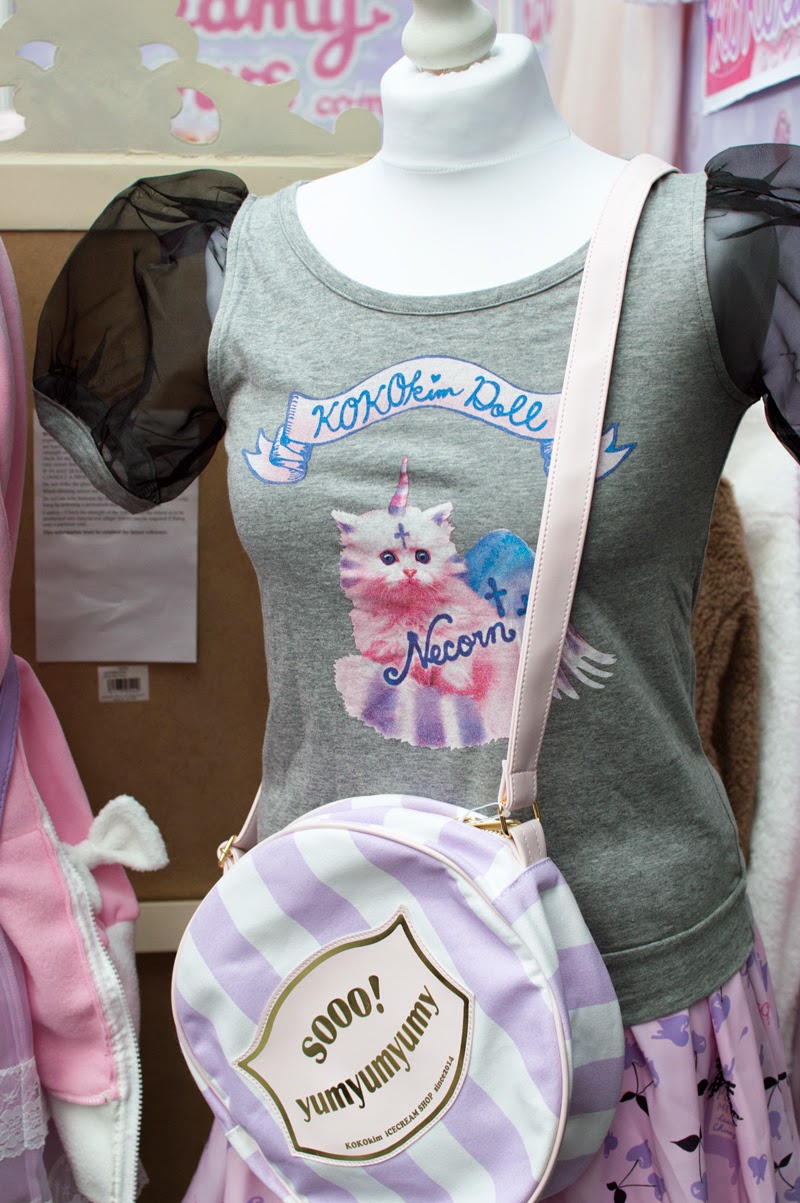 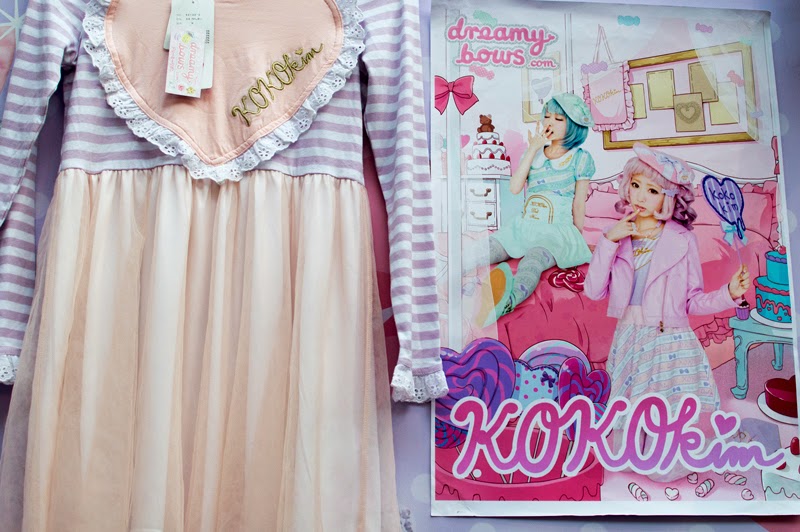 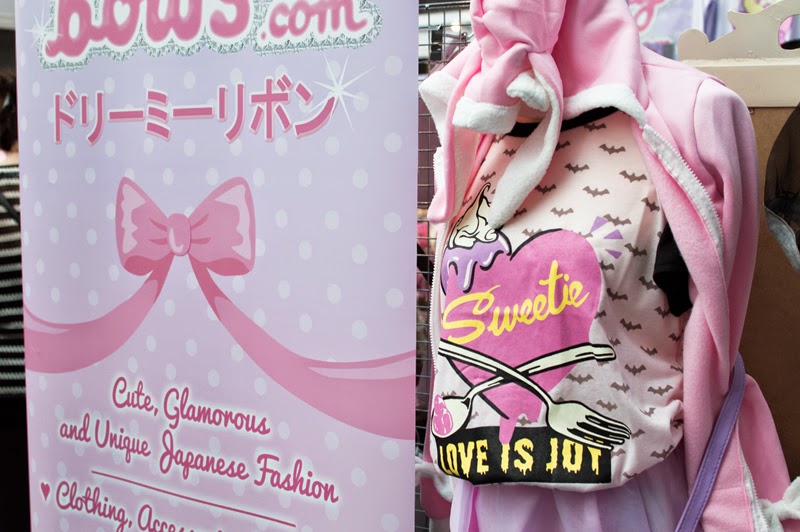 Accessories and Kokokim from Dreamy Bows

It may seem only a few months ago that I was at Hyper Japan. Well that’s because I was. No, another year has not passed that quickly. This November the Japanese culture expo has opened it’s doors for the Hyper Japan Christmas Market for the first time.“HYPER JAPAN brings a Christmas market you won’t find anywhere else. Don’t miss the chance to source truly unique gifts; from food and drink to videogames, anime and fashion.Whether you want to find gifts for loved ones or immerse yourself in Japanese culture, the HYPER JAPAN market has something for everyone. Experience premium sake and traditional treats such as takoyaki at Eat-Japan and give your festive feast an Eastern twist at live cookery demonstrations.

Once you’ve filled up on delicious snacks, discover genuine anime character merchandise and take part in gaming tournaments with the latest releases. If you have a passion for fashion, get an exclusive look at the HYPER J-STYLE collection on the runway with a mixture of the latest trends and classic looks. Plus, you can recreate the hottest hair and beauty styles with demonstrations to help perfect your new look.”

I stopped by to see what they had on offer, so I’ve decided to bring you all the fashion, beauty, food and kawaii in the usual manner. Keep an eye on my Hyper Japan tag to see more.

I’ve been a fan of Japanese beauty trends and products ever since my blog started so when I visited Hyper Japan last month I knew that I had to scout out the stalls showcasing my obsession.

I was in luck as there were several brands and shops at the exhibition specifically selling Japanese beauty products. Gyaru favourite Diamond Beauty (more widely known as Diamond Lash) were placed at the front of the ‘Hyper Kawaii’ section and were there to showcase their false lashes and eyeliner. More false lashes were available from Dreamy Bows who also had an array of false nails (including some intricate 3D designs) on offer. In fact ‘false’ was the name of the game with a lot of the beauty stalls offering up lashes, nails and hair dye. Though Pastel Doll ultimately won the award for their adorable selection of wigs, which I was incredibly tempted by…even though I know I’d only ever wear it inside the house (that’s good enough, right?). Of course it’s been a while since I’ve worn false lashes and nails etc. so I was pleased to see other items on offer too. Fans of a more natural look (or just those with a penchant for beauty) beelined for P2Bus – the ultimate UK based Japanese beauty store. With make-up, skincare and beauty accessories on offer from brands such as Dolly Wink, Biore and Kose they were certainly my favourite stall, if only for the selection of brands and products.

It was great to see so many Japanese beauty products on offer this year and at some decent prices too (I’m looking at you Diamond Lash and Dreamy Bows). I bought several items myself, a few of which I plan to review on the blog. I just wish that the items were more widely available here and I didn’t have to stock up once a year at Hyper Japan.

The lovely Pearlie Cute wearing Angelic Pretty – She told me this was her dream dress.

Plasticskittles and Little Marquis – They told me they’ve been dressing in this style for 4 years.

Aerith Harajuku – She told me she made this dress herself by hand.

Holly – Her cosplay was definitely the cutest of the day.

I apologise for the sound quality, but there was loud music playing throughout the whole event.

The kawaii life is a tough life. You constantly find yourself clasping your cheeks and screeching at the top of your lungs, all because something features a loveable mascot, or is fluffier than usual (etc etc). Yes, kawaii really is a lifestyle choice in Japan, and it’s everywhere. Whereas the term doesn’t really have a literal translation, the closest we can come to understanding it in English is: cute or adorable. The concept has become so big that recently Western cultures have picked up on the phenomenon – you’ll even find it in the Oxford dictionary. So I was pretty impressed when I saw just how well Hyper Japan embraced the idea this year.
‘Hyper Kawaii’ was a special section of the exhibition that probably took up half of the venue. It featured a variety of British and Japanese fashion, beauty and lifestyle brands, as well as live performances and activities. The rise of kawaii in London was showcased by brands such as: Tofu Cute (snacks and lifestyle goods), Dreamy Bows (clothes, plushies and accessories), Doki (Japanese tableware), Glitterbomb (jewellery), Artbox (stationary and goods), Cutesykink (clothing) and so much more.
Fashion and beauty are big parts of the kawaii lifestyle, but I plan to feature those separately in upcoming posts as I just couldn’t fit all of the photos and content into one post. ちょっと待って下さい！

I don’t often deviate from European fashion and beauty, but you will see me post the occasional Japanese fashion/beauty article on here. So when I heard that Kyary Pamyu Pamyu (a Japanese street style model come pop idol) was releasing an iPhone app for her English and French fans I knew I had to write something about it. Not only because it combines four of my favourite things; Tokyo, shopping, travel and food.

Moshi Moshi Tokyo is Kyary’s guide to her favourite spots in Tokyo. The app allows you to explore Tokyo through her eyes, visiting clothing boutiques, cafes and more. Kyary has become a worldwide hit – her London tour was a sell-out with devoted fans turning up in hoards. It’s because of this success that the release of this app makes so much sense. It’s also a great way for the Japanese government to garner interest and promote tourism. Tokyo is an amazing city but it can be slightly overwhelming at times, especially if you’ve never visited before. This app will be a great way for fashionable young things to check out some of Tokyo’s hot spots.

I downloaded the French version to get a taste of the app before the English release. My French is terrible but surprisingly I still managed to understand everything. I loved the interactive features and thought the photography and design was incredibly cute and fun. The small magazine-style section highlights 9 clothing stores, featuring some of my personal favourites, including Nadia, Avantgarde and Tokyo Bopper. Ultimately though the interactive map is the most helpful as it highlights a large number of restaurants, stores etc. making it much easier to find your desired location. Unfortunately the promise of “Kyary’s favourite spots in Tokyo” actually translates to chosen spots in Harajuku. However this is the area that made her famous, making it slightly more understandable. It may seem limited but there are still tons of places to visit and it’s nice to see Harajuku is still getting some love, after a decline in popularity in recent years.

The app is currently available to download on iTunes, however the app only offers a download for the French version right now (to coincide with Japan Expo 2014). The English version will be released on July 18th, in time for Hyper Japan in London (and J-Pop Summit Festival 2014 in San Francisco). The first 500 people to download the guide (via the app) will also receive a voucher for a free badge that they can collect at Kyary Pamyu Pamyu’s booth at Hyper Japan/J-Pop Summit.

Outdoor dining is in 🐟 I’m so happy we were a