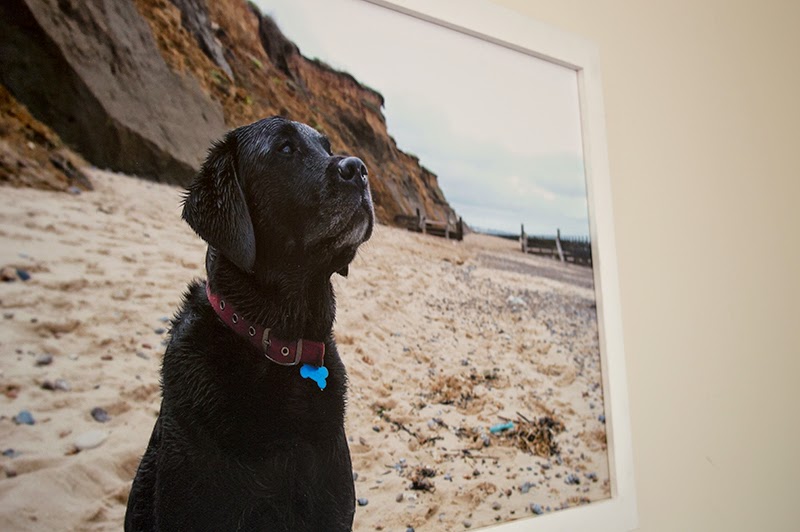 When my parent’s told me they planned to redecorate their lounge I knew I had to send them a little gift, and by ‘little gift’ I mean a gigantic canvas print of our family dog. It was the one item I could be confident they would make use of. Thankfully The Print Foundry were on hand to do all the hard work. All I had to do was sit back and choose a fitting photograph.

The one I finally went for is a personal favourite of mine, which was taken on the beach at Walcott, Norfolk. Now I realise that I’m biased, but I do happen to think my dog is pretty darn handsome. This photo of him just seems so majestic and regal that I couldn’t resist having it blown up for all to see. When it arrived I was in half a mind to keep it for myself. The quality of the canvas and printing is superb, it almost looks like an oil painting when the light hits it. As for the size, it was bigger than I had expected, but that certainly wasn’t a bad thing. I had been secretly hoping it would be large enough to take pride of place in my parent’s lounge. In fact my parent’s adore it so much that they have already put it up, even though they haven’t even started decorating yet. They told me that they fell in love with it as soon as they laid eyes on it, which makes for one successful gift if you ask me. Apparently my grandmother has plans to steal it and put it on her staircase…that’s one less Christmas gift to think of anyway.

You can turn your own photographs into works of art at The Print Foundry.