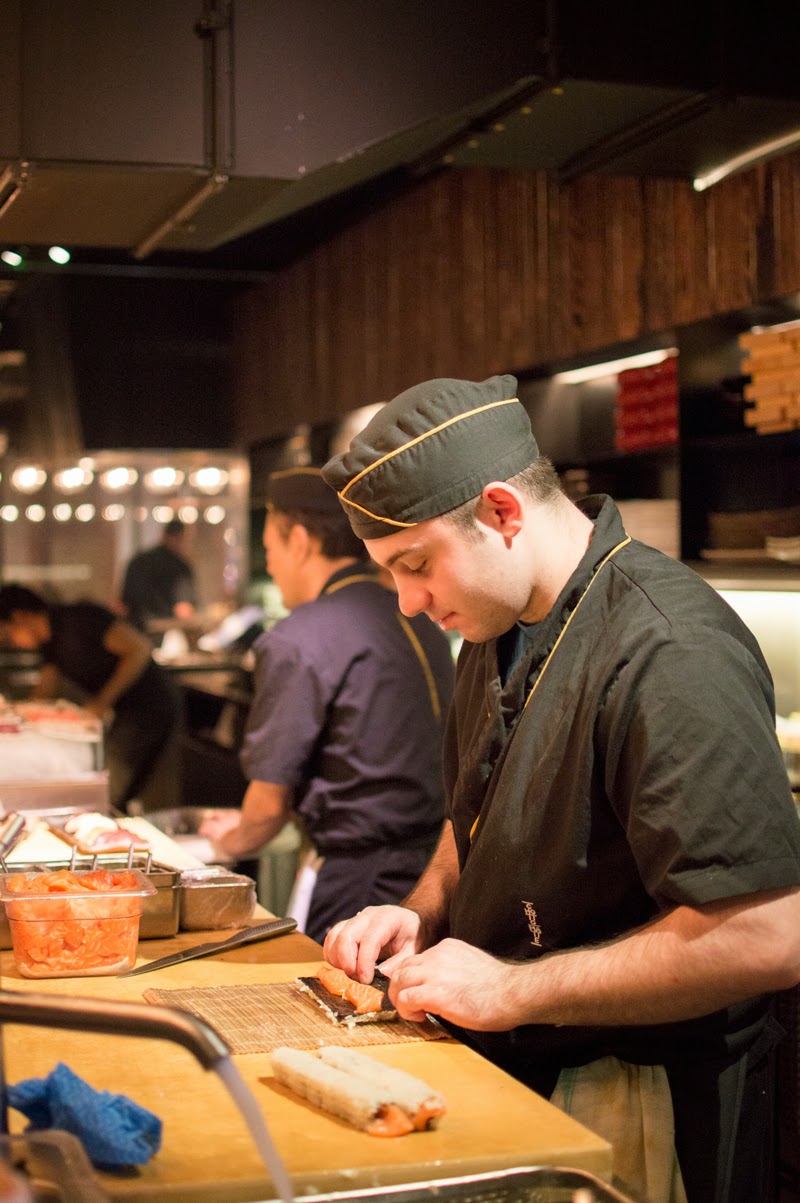 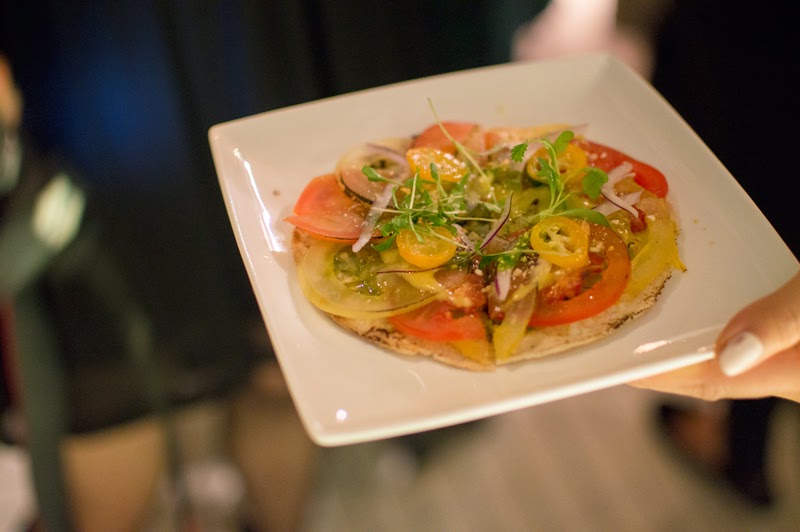 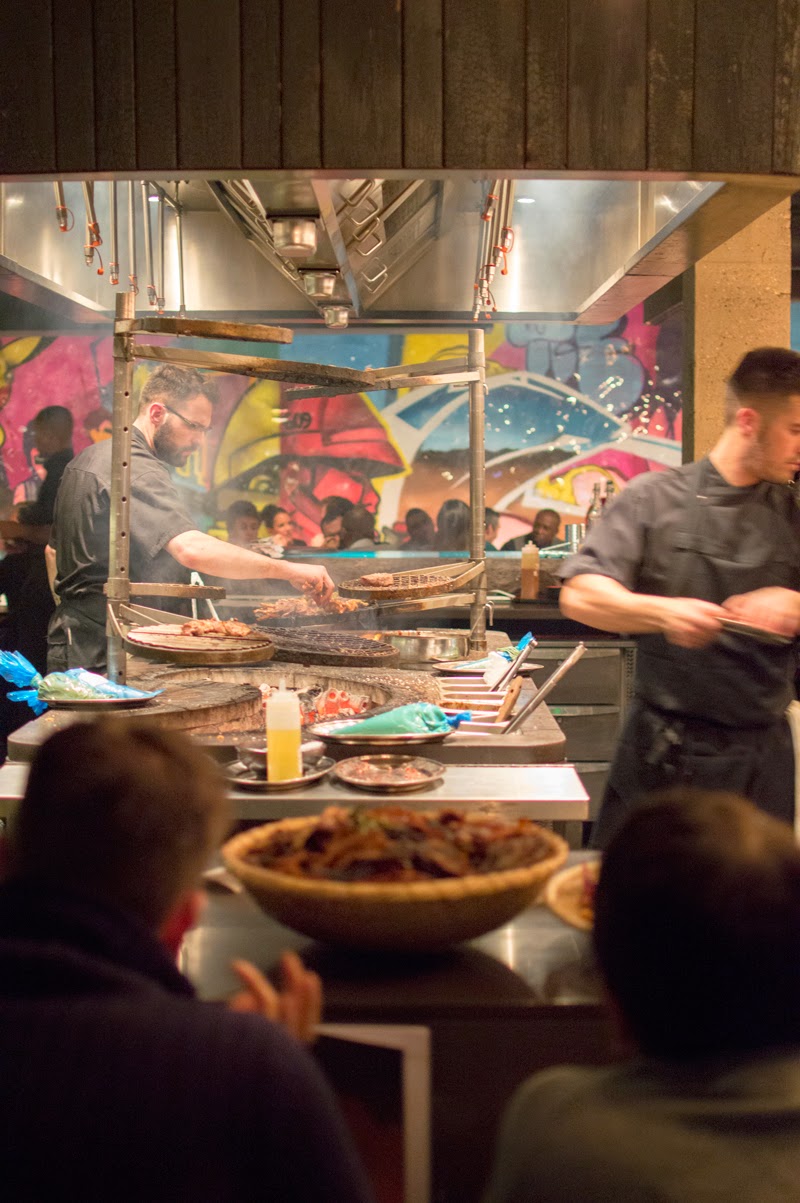 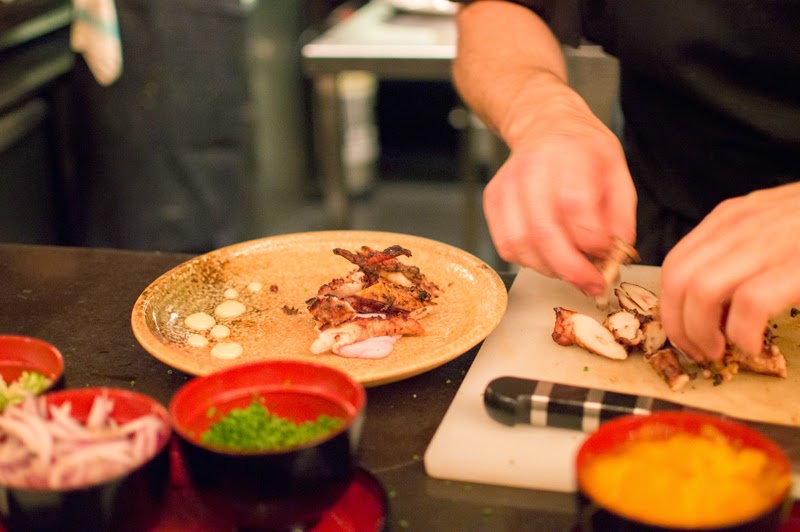 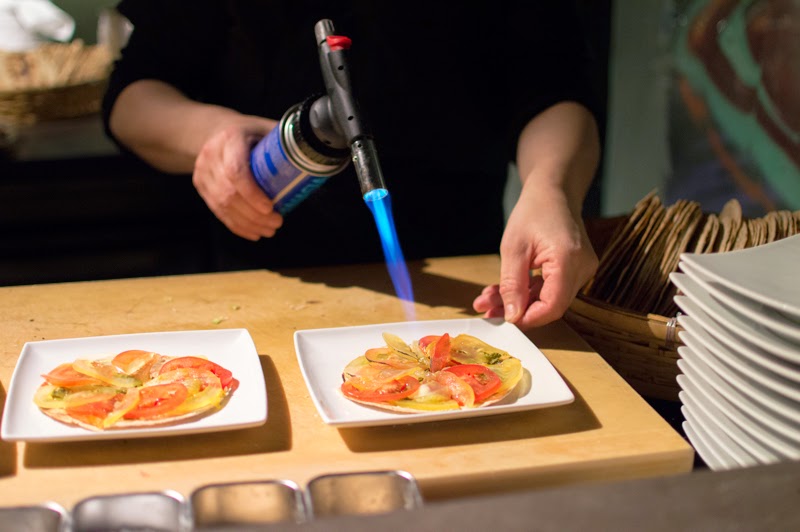 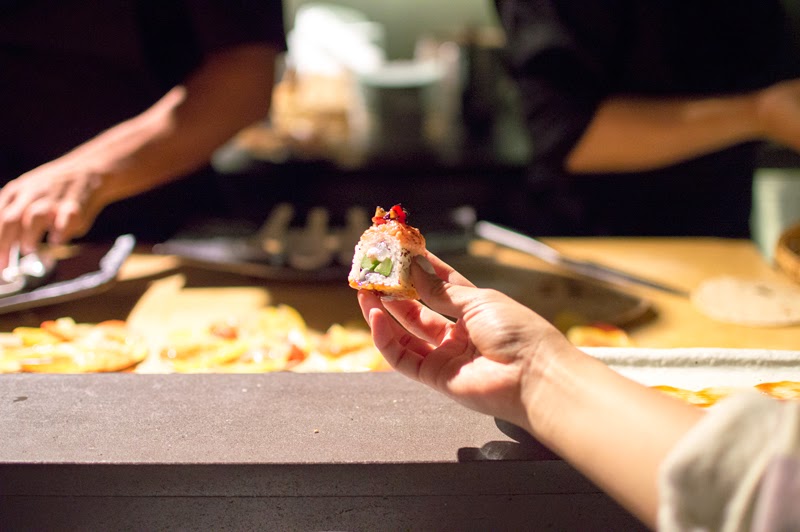 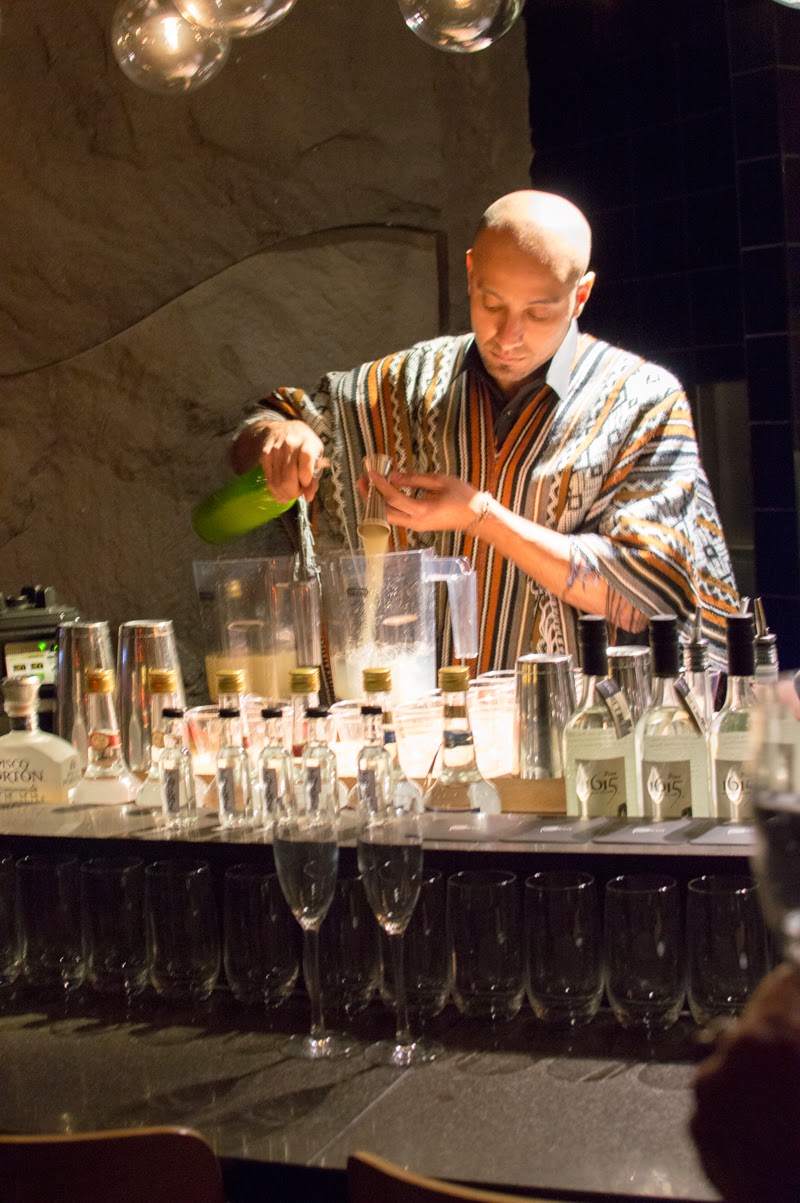 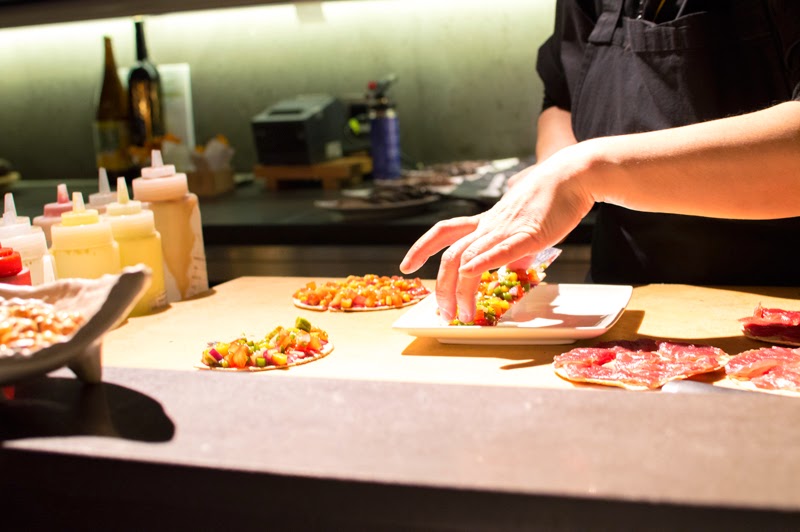 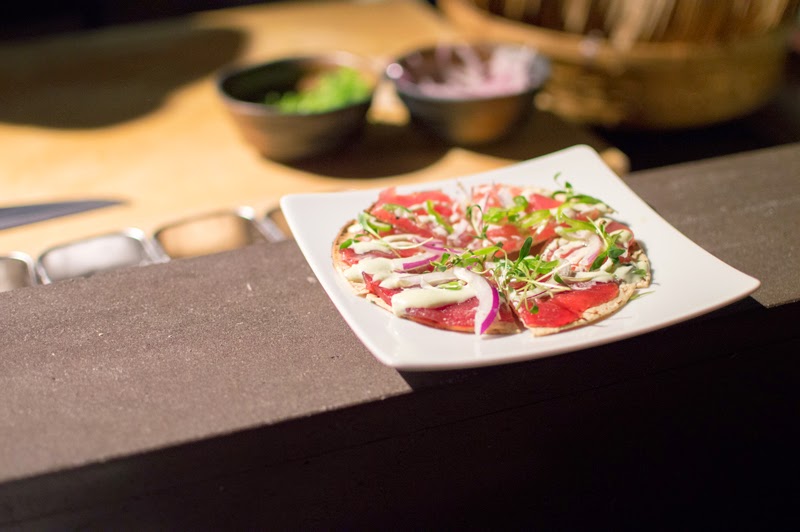 More photos can be found here

It’s not everyday that you’re taken on a tour of a top London restaurant’s kitchen. Yet that is exactly what happened to myself and some fellow food bloggers on Thursday evening, at Chotto Matte. Japanese speakers – no I’m not telling you to wait a minute, that’s the actual name of the restaurant. Funny, right? Offering up a Japanese-Peruvian fusion, their food and cocktails are talked about across London. I’ve been meaning to visit for a while, so when Zomato invited me last week I knew I had to fit it in my diary somehow.

Luckily my foodie bestie V.A was also invited, so we went along together to the swanky (I don’t think I’ve ever used that word before now) Soho restaurant. The interior of the restaurant/bar is ridiculously trendy, but in a very different way to my usual East London haunts. The large mural by graffiti artist Tom Blackford is arguably the centrepiece of the ground floor. We followed it to the bar where we were greeted by the Chotto Matte staff and everyone from Zomato. Head Bar Chef Fabiano Latham was there, as he was our cocktail masterclass host for the evening. He told us all about the Peruvian spirits and Japanese sake used in their amazing cocktails, which we were then given to taste test. My favourite of the evening was the Pisco Sour, purely because I had often heard of the cocktail, but hadn’t had the chance to try one. As we sipped away, Michael Paul gave us a tostadita demonstration and talked us through the concept of the dishes on the menu. We were then given several items to try. Everyone was so excited to try the colourful offerings that they flocked to them likes bees to honey. I particularly enjoyed the strong clash of flavours that were used in the Heritage Tomato Aburi tostaditas, and the careful preparation that went into each dish (such as the Yellowtail Sashimi).

After we had all been fed and watered, we went off in small groups to see the upstairs restaurant and the kitchens. We passed the amazing robata grill and the Nikkei sushi bar, both of which customers are able to sit alongside and watch while the chefs prepare the dishes. I dusted off my Japanese language skills and chatted to some of the sushi chefs, as we watched in awe at them creating miniature marvels. They were incredibly passionate and so happy that we were enjoying the food they had prepared. The kitchen itself was smaller than I had expected, but equally as busy. I am always curious as to the inner workings of a busy restaurant, and Chotto Matte did not let me down.

Thank you to Chotto Matte for accommodating us. You can read more of my restaurant reviews on Zomato, and if you fancy some cocktails/nibbles and a tour of Chotto Matte, Time Out currently have an amazing offer on.