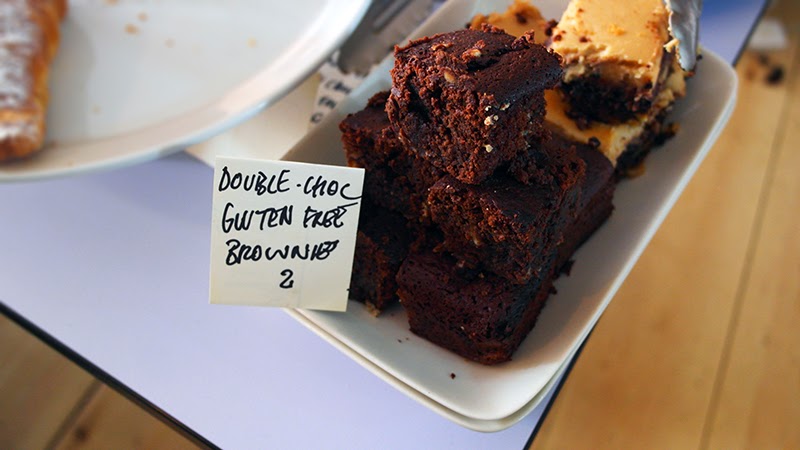 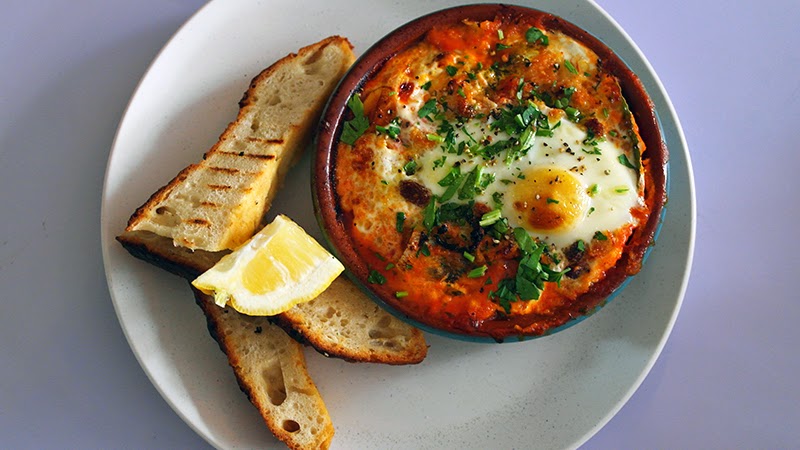 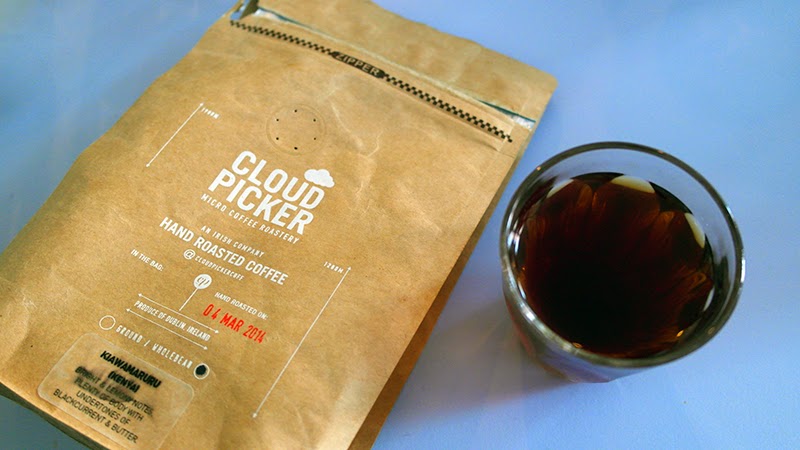 Fingers Crossed is a local cafe I came across in my London Coffee Guide. I don’t drink coffee but I know my stuff, thanks to an overly enthusiastic sibling. So when I read that they also offered amazing food, I knew I had to check them out. I headed there around midday on bank holiday Monday, with my fiancé.

Fingers Crossed is in a rather unexpected location. However thanks to the cleverly designed logo on the front window you’re unable to miss this hidden gem. Inside is a very basic rustic chic setting, with one long communal table and several single tables. I don’t mind the idea of communal tables so we sat down, next to the cakes. Of course. It was busy, with most of the tables being taken up by talkative groups, all who had ordered food. Originally we only went in for cake, but after seeing the food come out my fiance just couldn’t resist. I choose the brownie with a cheesecake topping, and he went for the tomatoes and eggs, with Sicilian sardines. Presentation wise, the food was similar to the cafe – providing a quality product that doesn’t need dressing up. The brownie was superb, and is the best invention to happen to cakes since…ever! The baked cheesecake topping added a texture and taste to the egg-less chocolate brownie that I just haven’t come across before. I was tempted to bring back a bag full, but managed to resist. The fiancé said his brunch option was delicious, and he loved that he could taste everything in the dish that had been mentioned on the menu. According to him it was the tangy sweet tomatoes that brought the whole dish together though. I asked him if he would eat it again. His answer? “Definitely”, and he wanted to try the other similar dishes too.

The barista came over to us after we’d eaten and asked us if we wanted to “…try something different”. Of course we said yes, and soon enough two espresso glasses were placed in front of us. “It’s iced coffee” he told us. He spoke about it with such enthusiasm that we weren’t surprised when we tasted how good it was. It was incredibly fruity and refreshing. I only had a few mouthfuls as I can’t drink coffee really, but I enjoyed it immensely. He told us it isn’t really popular in the coffee world yet, but if everyone was to try the one he gave us I know they’d be won over. After we had finished our iced coffee (I gave the rest of mine to the fiancé), we went up to pay. They don’t take cards here, so you will need to bring cash. Don’t worry, you won’t need to bring much though, as we were pleasantly surprised to see that it was pretty cheap.

I noticed that there were freshly cut flowers scattered around the cafe, which I always love. However it was the service that really made me smile. There were only 3 people working in the cafe: the hostess, barista and chef. All 3 of them were delightful and chatty, whilst making sure everyone had everything they needed. I will definitely be going back to Fingers Crossed, and I will be bringing everyone I know with me!

You can read more of my restaurant reviews on Zomato.