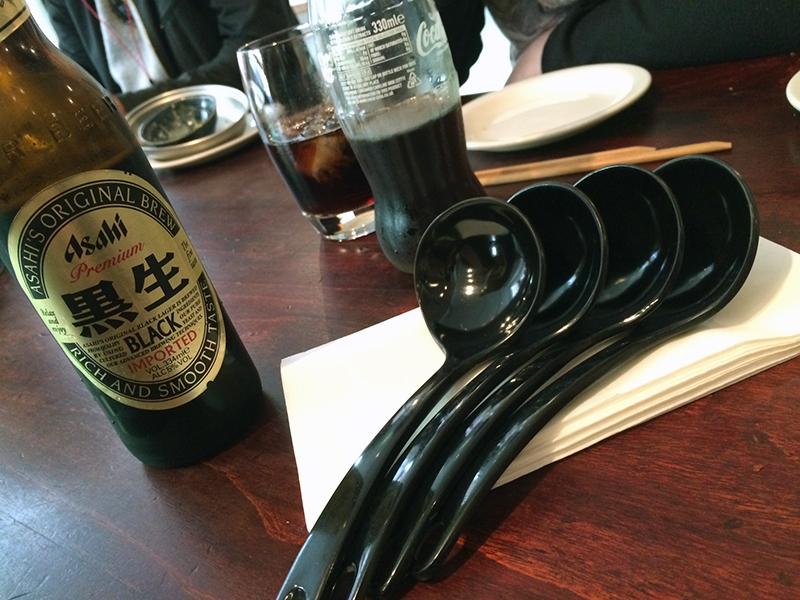 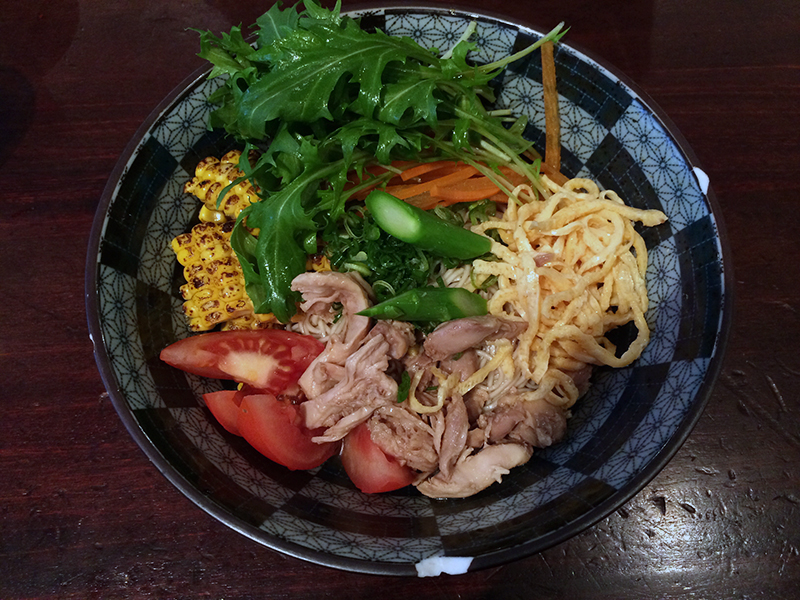 Bone Daddies is a ramen bar based in Soho. This is a rather spacious take on the Japanese ramen bar, with a simple interior.

I headed there on a Saturday afternoon, with 3 friends. I was a little worried we would be queuing for a while as we headed there about an hour after they had opened for lunch. Luckily there was no queue and we were seated as soon as we arrived. I’d heard a lot about Bone Daddies, and being a big fan of ramen (and deeply missing sitting at a noodle bar with strangers in Tokyo) I was really hoping the hype was justified. The food menu is simple yet plentiful, and the drinks menu were aptly themed, however I personally would have loved to see some umeshu on the menu. I choose the ramen salad as I fancied the asparagus and corn. My friends chose the Tantanmen (spicy!) and T22, with a side of fried chicken. My ramen was delicious but I don’t think it was clear enough as to what I would be getting, yet I didn’t mind…because it was so damn delicious. Everyone else enjoyed their food too, making me wish I’d had one of everything. The service at Bone Daddies was friendly, and everything was dealt with promptly. Yet I was still left feeling like I’d missed something. The atmosphere just wasn’t there, and people were left queuing along by where our bags were hooked making it a bit cramped. My bowl was chipped, which isn’t a big deal to me but actually bothers quite a few people I know. The prices are close to extortionate, compared to the ramen bars in Japan (where the quality is just as good). I know this isn’t Japan, but I feel that if you’re going to run something so niche you need to do it justice. As much as I enjoyed the food I don’t think I’ll be going back, purely based on the price and atmosphere.